Bellingcat is an independent international collective of researchers, investigators and citizen journalists using open source and social media investigation to probe a variety of subjects – from Mexican drug lords and crimes against humanity, to tracking the use of chemical weapons and conflicts worldwide. With staff and contributors in more than 20 countries around the world, we operate in a unique field where advanced technology, forensic research, journalism, investigations, transparency and accountability come together.

They have detailed the research methodology for this investigation into a separate article. You can read it here.

A joint investigation between Bellingcat and The Insider, in cooperation with Der Spiegel and CNN, has discovered voluminous telecom and travel data that implicates Russia’s Federal Security Service (FSB) in the poisoning of the prominent Russian opposition politician Alexey Navalny. Moreover, the August 2020 poisoning in the Siberian city of Tomsk appears to have happened after years of surveillance, which began in 2017 shortly after Navalny first announced his intention to run for president of Russia. Throughout 2017, and again in 2019 and 2020, FSB operatives from a clandestine unit specialized in working with poisonous substances shadowed Navalny during his trips across Russia, traveling alongside him on more than 30 overlapping flights to the same destinations. It is also possible there were earlier attempts to poison Navalny, including one in the Western Russian city of Kaliningrad only a month before the near-fatal Novichok poisoning in Siberia. 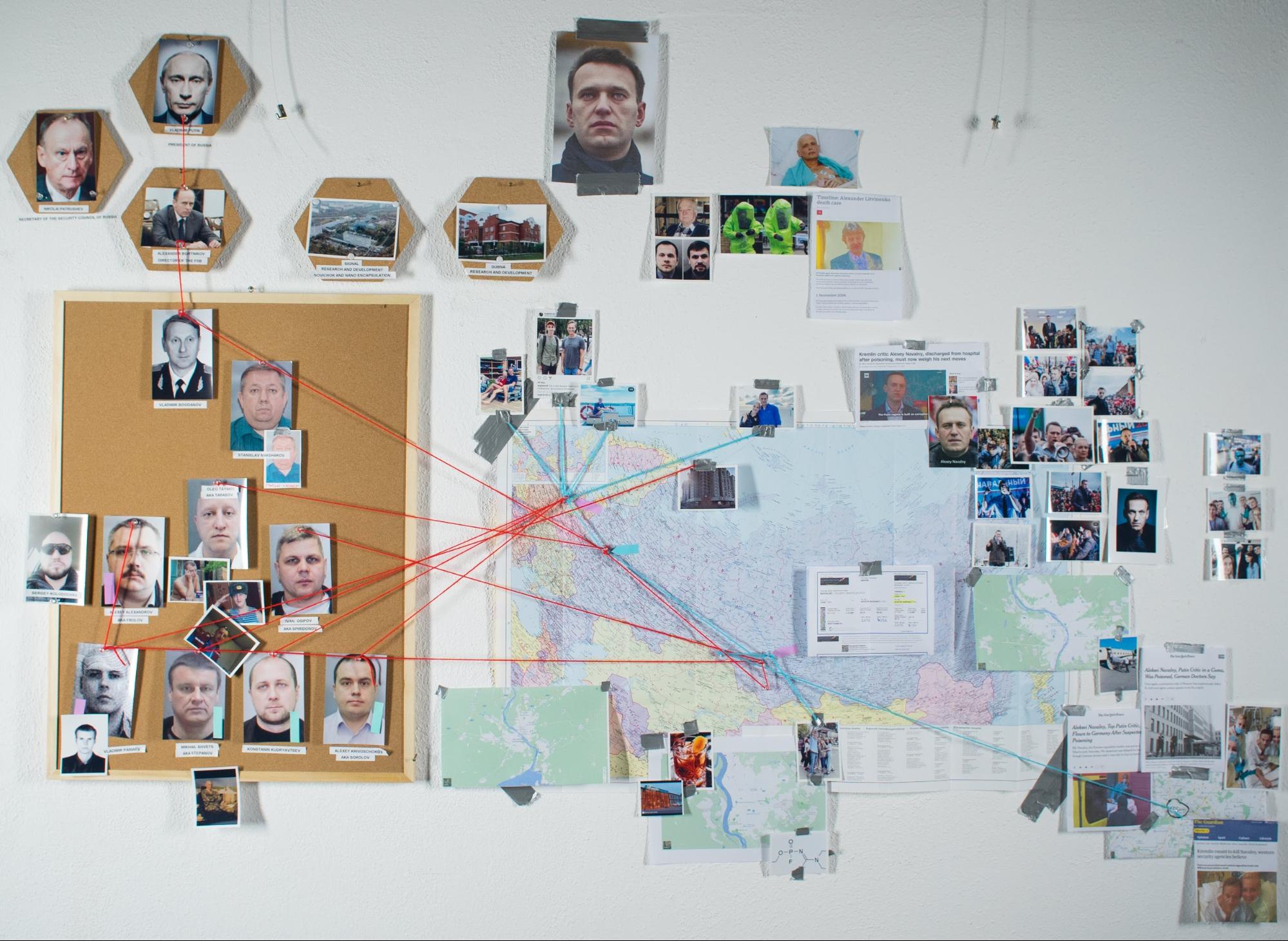 Our investigation identified three FSB operatives from this clandestine unit who traveled alongside Navalny to Novosibirsk and then followed him to the city of Tomsk where he was ultimately poisoned. These operatives, two of whom traveled under cover identities, are Alexey Alexandrov (39), Ivan Osipov (44) – both medical doctors – and Vladimir Panyaev (40). These three were supported and supervised by at least five more FSB operatives, some of whom also traveled to Omsk, where Navalny had been hospitalized. Members of the unit communicated with one another throughout the trip, with sudden peaks of communication just before the poisoning as well as during the night-time hours (Moscow time) when Navalny left his hotel and headed to the Tomsk airport.

In the course of this investigation, Bellingcat and its partners also uncovered data pointing to the existence of a clandestine chemical weapons program operated by members of Russia’s domestic intelligence services (FSB). Both phone logs and employment records show that this program is run under the cover of an FSB unit formally tasked with carrying out forensic investigations of terrorist acts and hi-tech crime prevention. However, while the latter has some legitimate investigative activity, one of its key and secretive roles has been to provide cover for a clandestine sub-unit comprising approximately 15 operatives with backgrounds in chemical and biological warfare, medicine, and special operations.

This sub-unit appears to report to a scientist who previously worked in Russia’s military chemical weapons program in Shikhany, where nerve agents from the Novichok family were originally developed, and is supported by a network of other chemical weapons specialists dispersed at several government-run institutes. SC Signal, previously identified by Bellingcat, is one of these institutes.

Our investigation also unearthed telecoms and travel data that strongly suggests the August poisoning attempt on Navalny’s life was mandated at the highest echelons of the Kremlin.

This report for the first time reveals data that directly links the August 2020 poisoning of Navalny to Russia’s domestic security services. This investigation is particularly important due to the legal vacuum in which no country other than Russia – the country implicated in the assassination attempt – has offered its jurisdiction for an official investigation into Navalny’s near-fatal poisoning.

Telecoms and travel data obtained and analyzed by Bellingcat and its partners shows that Navalny had for years been tailed by a team of operatives from a clandestine FSB unit. Members of this team communicated with experts in organophosphate toxins in the weeks prior to Navalny’s August 2020 trip to Siberia and intensely tailed him throughout this time, especially in the days and hours before his poisoning in Tomsk. This team operates under the guise of the FSB Criminalistics Institute, also referred to as NII-2 (Research Institute – 2), or as Military Unit 34435.

You can read the full article on: https://www.bellingcat.com/news/uk-and-europe/2020/12/14/fsb-team-of-chemical-weapon-experts-implicated-in-alexey-navalny-novichok-poisoning/